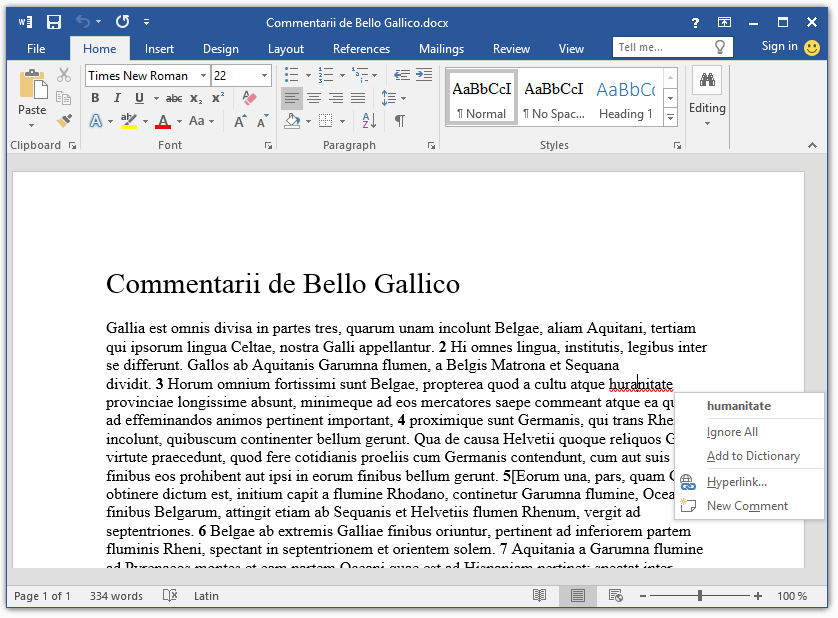 COL (Correcteur Orthographique de Latin) is a free tool providing assistance to check the spelling of a Latin text. Available for Microsoft Word, LibreOffice, OpenOffice.org and AbiWord, it includes a dictionary of about 400,000 Latin forms (classical and medieval Latin).

To best match the different practices, COL is configurable: the user can select a particular spelling (how to represent diphthongs, vowels u and i...). It works exactly like spellcheckers of other languages: when a word is not in the dictionary, it is underlined in red.

This spellchecker is obviously not intended to be exhaustive, nor it wants to "normalize" the spelling of Latin. It was created primarily as an aid to save time and facilitate the work of all those who need to understand Latin texts (for the transcription of manuscripts, for example), but also to fix correct Latin texts scanned and processed by OCR, usually with many faults.

In order to get in touch with our software, a good 'How To' written in Latin language can be read here. Note that the Latinists from the Vatican City are using our software since its early releases.

Thank you to take into account the following points, countless installation problems which are reported to us concern the points listed below:

As of December 2020 it is possible to download a full package that embeds the lastest version of the Latin Spellchecker for all Microsoft Office versions for Microsoft Windows. This package includes an installer that will identify your version of Microsoft Office and therefore will suggest the installation of the right package.

Despite of all, if you known for sure which version of Microsoft Office is installed on your computer, you still can download the right package below. If you don't know, please download the full package. 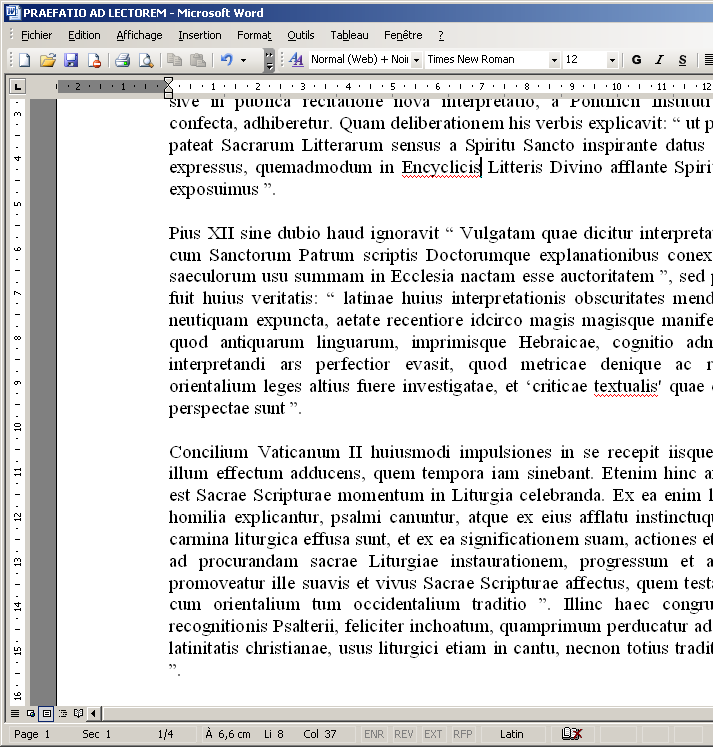 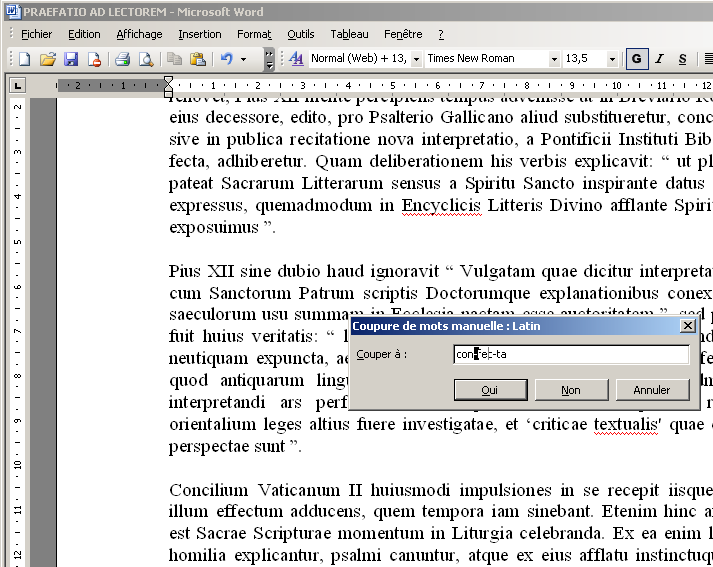 History of the program

Since version COL 2.1.x, it is possible to choose between different spelling options for Latin words. The way Latin words are written depends indeed on local habits, choices made for a particular project, or the scholar's field of study. For instance, in medieval Latin, diphtongues of classical Latin (æ, œ) are replaced with a simple « e », but sometimes they are rendered by two distinct letters (« ae », « oe »). Likewise, some conventions impose to keep the letters j and v, whereas others impose to transcribe them as, respectively, i and u. See the corresponding dialogue box here.

Since version 2.1, an hyphenator suggests how to cut the words at the end of the lines.

Mandatory: it is important that you set/create a user dictionary dedicated for Latin. Use the Microsoft Word interface to do so. Here is a snapshot of a good configuration. The WebEx demonstrations also show how to setup the user dictionary. You will have to run at the command line setLa2K.exe (or LatinConfig.exe /InstallLa /InstallLa2000) if you like to use this new version under Microsoft Office 2000. You can have a look to the messages on our dedicated forum [en] in case of trouble.

May you have any question, please contact us at: (important, put [COL2.x] in your message subject). You can use this file as a test to get in touch with the spell checker, or another one here.

The WebEx demo: to watch a demonstration about how to setup the spell checker under Microsoft Office,